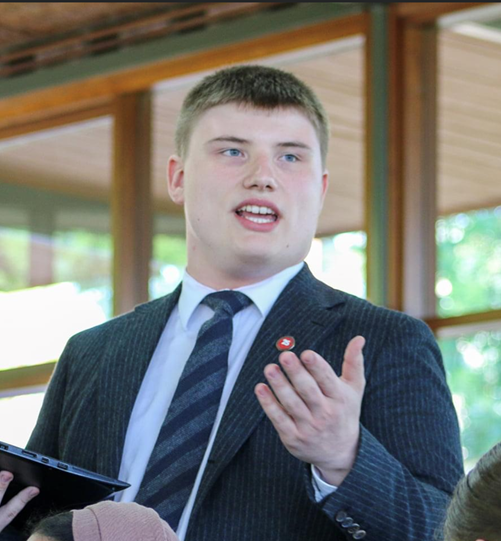 Languages all over the world are dying, tearing down the cultures and traditions which are bound to them. Many languages, including countless aboriginal languages, are in significant danger of totally vanishing soon, severing people’s connections to their history, culture and identity.

This issue may seem trivial, some may even be inclined to say that ‘it’s just a few little languages’. One might also say that this could even be good! It’ll ensure the world moves towards a single and universal language. However, this not the case. If the world needs a simple and easy language we can all speak, it should run alongside native languages. A lingua franca we can all speak, but not all we can speak.

But why is maintaining individual languages so important? The reason is that language is so much more than just ‘apple’ being ‘Apfel’ in German. Language is one’s understanding of the world, one’s culture and history. Ethnicity and social understanding are not just partially influenced by language, rather, in some cases, totally determined by the language(s) one speaks. It can even help us to justify the actions of a people group and determine why they did it.

Language influences a whole range of things one wouldn’t usually even think about. For example, the naming of films! How? In German, the word for ‘girl’ is ‘das Mädchen’. The ‘das’ means the word is neuter. So, when I say ‘there is a girl, she is wearing a dress’, in German, I wouldn’t say ‘…she is wearing’, rather ‘…it is wearing’. So, why is that important? Well, the horror movie IT seems less scary to German viewers if the ‘IT’ could literally represent a little girl.

This wonderful consideration that we invest in the finite details of a language isn’t restricted to just German and English. There is such a rich culture of pronunciation, idioms, words, physical gestures, euphemisms, sayings/life lessons, historical perspectives etc. which are all so unique to each and every language.

However, with all of this beauty, some languages are in grave danger of dying. Great masses of diversity and culture could be lost within the century. These languages won’t ‘die’ like Latin, which is still somewhat ‘alive’. These languages will die in such a way that we will not only totally lose touch with the language itself but also lose all the valuable baggage that comes with it. This ‘baggage’ includes the important sections of the identity of the people group who speak it, the life lessons from the history embedded in the essence of the language and so much more.

So, my encouragement to you is to learn these dying languages! It’ll be a challenge, but one for a genuinely good cause that will simultaneously give you sought after skills for the future! Go out and research languages that are dying, find one that genuinely interests you and help to save an identity, a culture, a history and a people!

The United Nations Convention on the Rights of the Child (UNCRC) is an international agreement setting out the civil, political, economic, social and cultural rights of every child, regardless of their race, religion or abilities.

It consists of 42 articles that set out children’s rights and how governments should work together to make them available to all children. In 1990, Australian became a signatory to the UNCRC which means that is obligated to promote and protect the rights of all children and young people.

Article 30 of the UNCRC states that all children and young people have the right to learn and use their language and customs of their families, whether or not these are shared by the majority of people in the country where they live.

It makes it clear that children and young people who belong to a minority group have the right to share their culture, language and religion with other people in that group.

While most of what Article 30 says is implied by other Articles of the UNCRC, it exists to make clear that the rights of minority children and young people should not be overlooked by people who think about how to put the Convention into practice.

It applies to everyone in Australia and not just its citizens – so refugees in the process of seeking asylum are covered by it in the same way as everyone else.

For more information on the UNCRC and Article 30 head to: https://www.unicef.org.au/our-work/information-for-children